After theory comes practice. The dynamic duo Chartier/Modat has concocted 85 aromatic recipes that are as surprising as they are delicious! Inspired by the aromatic science put forward in François Chartier’s world best-seller Papilles et molécules, these recipes respect the complementary aspects of the aromatic signature of foods.

Les recettes de Papilles et molécules: With unexpected matches of foods with complementary aromatic signatures, the 85 recipes in the book may surprise – and delight – more than one!

Like this lamb shank with pastis and fresh tomatoes; or this smokeless smoked salmon with Lapsang Souchong tea; or this black pudding with coconut; and what about this wild rice soufflé… with coffee?

In the spring of 2009, François Chartier introduced us to the gourmet science of the principle of molecular harmonies and sommellerie with the book Papilles et molécules.

After several weeks at the top of the charts, this first volume was crowned “Best cookbook in the world – Innovation category” at the Paris World Cookbook Awards 2010. This time, the maestro is doing it again and offers Les recettes de Papilles et molécules with the complicity of chef Stéphane Modat. This allows everyone, from budding cooks to gastronomy professionals alike, to act and to bring the revolution to our plates and glasses.

At the end of the day, these new harmonies are synonymous with pleasure: the pleasure of cooking, of course, but also of eating and drinking.

François Chartier also takes advantage of the book to replace the traditional wine and food pairings with more diversified “liquid harmonies”, which also include beers, cocktails, sake, brandies, juices and even a few broths!

As impressive as they are, the gourmet creations of François Chartier and Stéphane Modat are nonetheless very accessible. All the recipes are based on food that is available almost everywhere at reasonable prices and they can be prepared by everyone.

You will really have no excuse not to embark on the aromatic adventure!

To get this book: 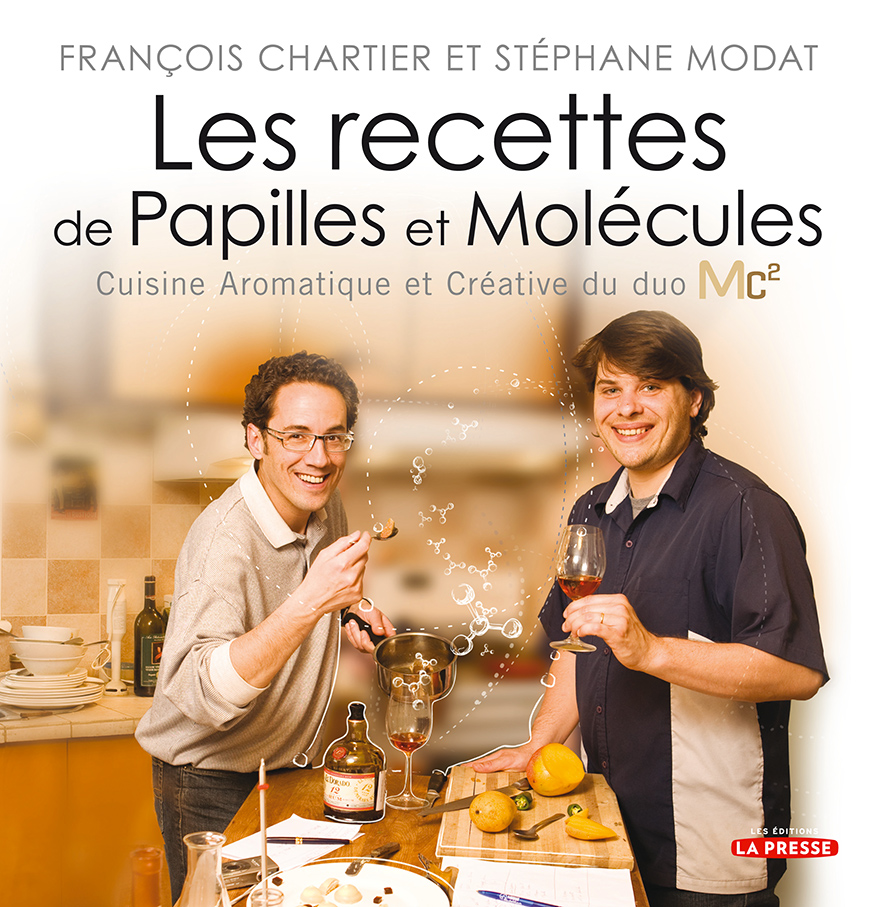