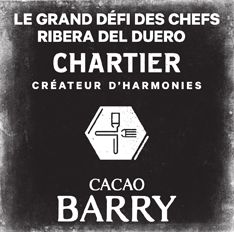 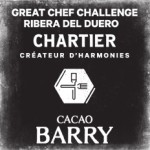 Last December, François Chartier «Créateur d’harmonies» and the chocolate company Cacao Barry announced the first edition of a culinary creation competition opened to all chefs and professional cooks of Québec where contestants face the challenge of creating savoury recipes inspired by the pairing of chocolate and wine. The promoters are very pleased to announce that no less than sixty chefs have accepted the challenge! The incredible level of talent and reputation of the participating chefs will ensure that this first edition of the competition, which members of the public are invited to follow on Facebook as well as attend in person on the March 15th Grand Finale at the Salon International des Vins et Spiritueux de Québec, will be of the highest level!
Press Release (PDF)
Listing (PDF)